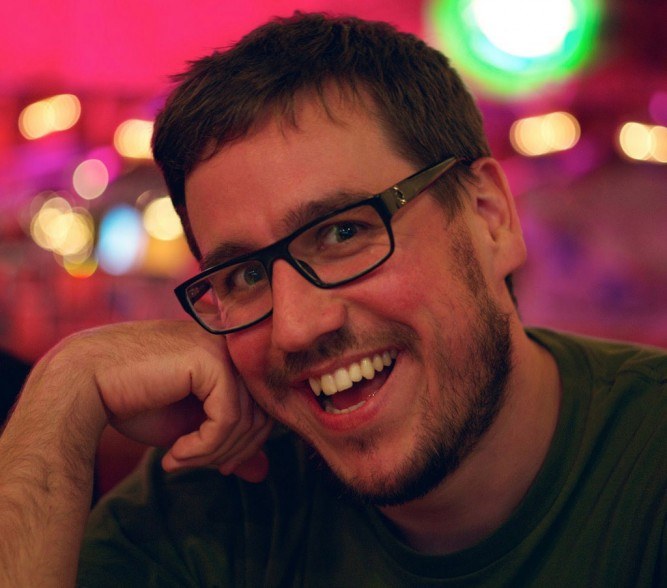 For Jack Dorsey, CEO of Square, Inc., the coder Jesse Wilson is not unlike the Spiderman, always referred to as «the amazing». A graduate of the University of Waterloo in Canada, the amazing Jesse Wilson has no passion greater than coding, rivaled only by his enthusiasm for graphic design, an area in which Jesse considers himself to be a bit of an amateur.

He wrote his first program in high school in conditions that were less than ideal for falling in love with coding, in a classroom where his teacher gave QBasic lessons on awfully outdated machines. There was a period in his life when he coded for free just for his own pleasure until one of his university classmates invited him to work for Nike, and Jesse decided that the hassle of leaving Canada and moving from Ontario to Oregon was worth it.

Nike was happy with Wilson, Wilson was happy with Nike, but this mutual contentment wasn’t enough for Jesse to abandon his dream of working with Google, a mainstay of modern technological standards. One day, having found a bug in a Google code, he sent the developers an  pointing the error out. This letter served as his passage to a job interview which led to Jesse and his wife moving to California.

In 2009 Wilson has join the Android team at the CupCake version production stage, thanks to Bob Lee, Google`s staff software engineer. But Wilson’s dream job at Google was barely enough to make up for being a foreigner struggling with steep costs of living in California, having no conversation apart from purely technical talk and possessing no electoral right. Wilson felt like an outsider, and the people from Google met their valuable employee halfway and let him return back to Canada to work at a project office. And at the precise moment when Wilson came home to his dear Waterloo, Twitter’s  Jack Dorsey launched the Square in California.

Once more Bob Lee, worked in Square as CTO by the time, offered Jesse an exciting job, but the programmer expressly refused to come back to West Coast. In the end, West Coast caught up to Wilson instead; in 2013, the company began to draw ambitious plans of conquering Canada, opening up offices in Waterloo and, later in September 2014, in its satellite town Kitchener. By then, the area had already become a snowy version of the Silicon Valley, a holy site for giants like Apple, Motorola and Facebook, with the University of Waterloo, highly acclaimed for its IT and engineering departments, as its primary shrine and center of attraction. Wilson presented his alma mater and its alumni in the best light possible to the Square reps, who were impressed enough to entrust him to hire a capable team of young IT specialists from the locals.

At last, everything turned out for Wilson as he would have it: in good old Ontario, a place of pleasant memories, among friendly people not hung up solely on high tech. These days, Jesse spends his free time with his family and his two dogs called Butters and McFly, plays Super Mario Maker and goes snowboarding when the weather is right. Perhaps, the only thing that bothers the brilliant Android developer now is the erratic local climate.

Luke Skywalker might have had Yoda to teach him but Jesse had, in his own words, the attention of the world’s best programmers to enjoy. It was the Java UI expert James Lemieux who cleared Jesse’s way into the coding trade; Joshua Bloch, engineer, writer and Sun Microsystems and Google’s former employee as well as Java language , who hired Wilson for Google and showed him the ropes of API creation; and Kevin Burrillion, a Google programmer, who honed the future evangelist’s coding skills into shape.

One of Jesse’s primary tutors who encouraged his great feats of programming certainly was Jake Wharton. Both Square coworkers talked in the #android work channel, expressing similar views on open source software and operating systems. Since then it has been most uncommon for a developer conference to leave out Wharton and Wilson, who joined the ranks of Android’s brightest evangelists. Together, they represented their company at the annual I/O conference in 2013, introducing a whole range of  projects like OkHttp, Dagger, Retrofit, and Picasso.

Dagger and Gson Java libraries, the Google Guice framework and Dalvik virtual machine kernel libraries are all tools popular among Android developers; tools, that simply would not exist without Wilson’s active involvement in their creation.

The founder of the Android company promised «smarter mobile devices that are more aware of its owner’s location and preferences». And he kept his word

For Developers
Requirements for Android developers