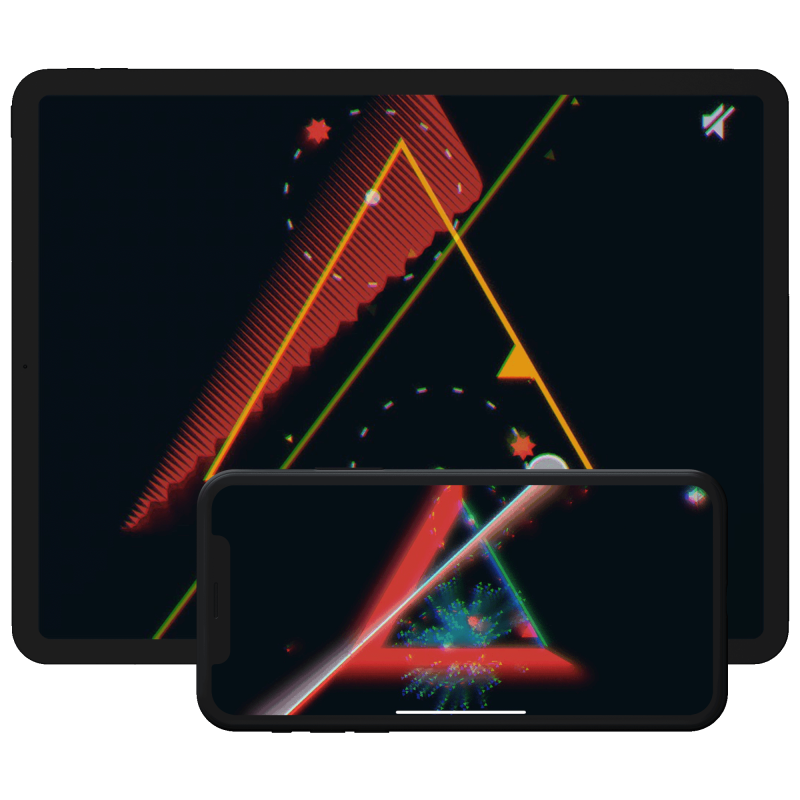 Trigono is a hardcore mobile arcade with unique gameplay and sound design, a collaboration of Live Typing with indie game developer Sergey Myachin. Among 3000 participants of Ludum Dare 2016, international game development competition, the concept of the game won the 5th prize. Since then, the story of a triangle that needs help in order to survive in the triangular world full of enemies and obstacles, has become a part of the studio’s life. The game trains fine motor skills, reaction, concentration and memory. The number of skills required from a player is what makes Trigono stand out from the rest of casual puzzles and arcades. A small party was organised to celebrate the release of the beta version of the game, and a bit later a special beer named after Trigono was brewed with the help of Beer Kingdom bar (Omsk) and Heartly craft brewery (Lipetsk). The game received many awards at professional contests: second prize in «Best Mobile Game» nomination at Tagline Awards in 2018, first prize in «Games» section of the Golden App in 2019, honorable awards for best Gameplay and Best Mobile Game at Gameacon 2018 festival in Atlantic City, USA.